Battlecruiser vs. Battleship: The Fight That Prolonged the War? 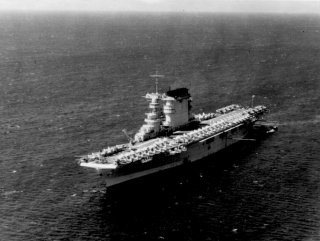 Here's What You Need To Remember: The USN prioritized slow, well-armored battleships that could operate together in a line-of-battle. Had the Navy paid more attention to European trends in shipbuilding, it might have gone ahead with the Lexington-class battlecruisers, which would have offered U.S. commanders in the Pacific better tools for fighting the war.

Robert Farley, a frequent contributor to TNI, is a Visiting Professor at the United States Army War College. The views expressed are those of the author and do not necessarily reflect the official policy or position of the Department of the Army, Department of Defense, or the U.S. Government. This article first appeared last year.