Boom: This Battleship Rained 5,688 16-Inch Shells on North Vietnam Forces During the War 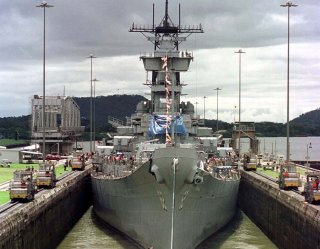 Key Point: The battleship era was not quiet over during the Vietnam War. During that conflict, America's large battlewagons were used to bombard enemy positions.