Built from a Battlecruiser, This Russian Spy Ship was a Total Dud 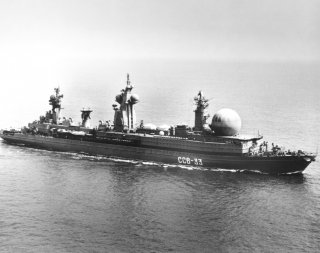 Here's What You Need to Remember: Being assigned to Ural, besides being horribly dangerous and uncomfortable, was a career-killer for professional seamen and naval specialists. “Officers sent to crew the ship requested transfer or release from duty after a year or a year and a half of prospectless service on board,” according to Independent Military Review.

David Axe served as Defense Editor of the National Interest. He is the author of the graphic novels  War Fix, War Is Boring and Machete Squad. This first appeared earlier this year and is being reposted due to reader interest.