Can America and Japan Take Down the Chinese Military Together? 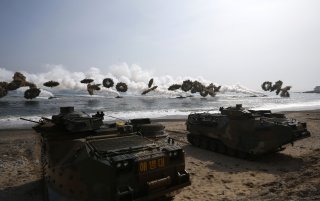 Here's What You Need to Remember: Ultimately, the country with the more advanced AI-enabled sensors, long-range weapons and surface-to-air-to-undersea networking would destroy the other.