Can the Navy Use Forward-Placed Ships for Mobile Refueling? 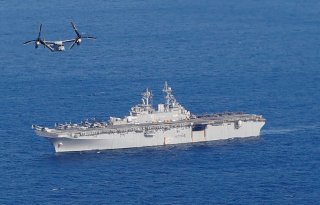 Here's What You Need to Remember: Forward arming and refueling ships could fit into the major operating concepts the Marines and Navy are working on. The Marines are shifting away from counterinsurgency and traditional beach-assaults in favor of so-called “expeditionary advanced base operations.”