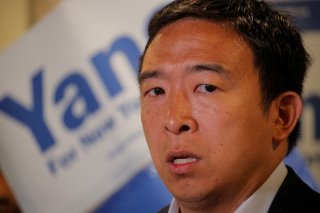 In 2019, as the campaign season for the 2020 presidential election began, a record twenty-three people ran for the Democratic nomination. One of them was Andrew Yang, an entrepreneur and political novice with an unusual signature proposal: a universal basic income (UBI) program of $1,000 per month to all American adults, regardless of their well-being. After researching the concept extensively, Yang believed that the measure would largely pay for itself through increased economic activity, and the remainder could be paid for through tax increases affecting tax-dodging corporations such as Amazon and Uber.

Ultimately, most voters balked at an additional $2 trillion in spending per year on a relatively untested concept, and Yang was unsuccessful in his presidential bid. (In June 2021, he also lost his race for mayor of New York.) However, his campaigns helped to introduce the idea of UBI, and after his loss, Yang continued to push for UBI pilot programs around the country.

Another factor that dramatically expanded understanding of the UBI concept was the coronavirus pandemic and accompanying lockdowns, which required a series of stimulus checks to induce economic activity. The checks, so far totaling $3,200 per person, have been very popular; according to one study, 90 percent or more of eligible Americans saw a noticeable economic benefit from receiving them. In addition to the stimulus checks, some cities have begun experimenting with direct cash relief programs during the pandemic, helping to gather data on their effectiveness.

And the newly expanded Child Tax Credit, now worth between $3,000 and $3,600 per year for qualifying families, has been classified by some as an extension of the UBI idea. Yang himself, as well as the “Humanity Forward” advocacy group he founded, have strongly supported the measure; Humanity Forward described it as “the largest UBI experiment in history” in an email, arguing that it could halve child poverty in the United States.

Comparisons to a universal basic income have been made by progressive supporters of the payments. They have also, however, been made by Republicans who oppose the Child Tax Credit. In a press release, Sens. Marco Rubio (R-Texas) and Mike Lee (R-Utah) described the Biden administration’s expansion of the Child Tax Credit as a UBI program: “This kind of universal basic income makes more Americans dependent on government and severs the vital elements—work, marriage, community, and beyond—required to raise healthy families.”

Rubio and Lee specifically took exception to the provision, newly added in the March 2021 American Rescue Plan Act, that the Child Tax Credit would be refundable—paid out even if a family owed no taxes. The two senators argued that this disincentivized work, which was another criticism of UBI, albeit one that has been drawn into question in recent years.