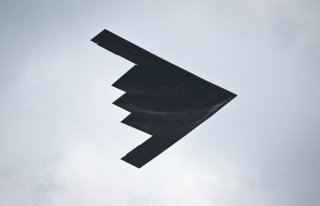 Here's What You Need To Remember: If the JH-XX is truly under active development, then additional rumors and photos may eventually surface. Until then, the supersonic stealth-bomber’s development status must come with an asterisk, even if that won’t dissuade model-makers and defense writers alike from speculation.