China Has Russia to Thank for its Airpower 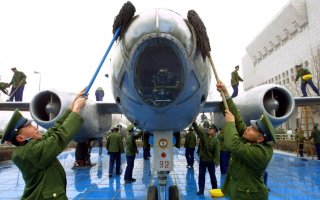 Here's What You Need to Remember:Russia has transferred more than five hundred aircraft to China since 1990. These included large military transports, early warning aircraft, refueling aircraft, attack jets and fighter interceptors. Notably, that list does not include heavy bombers. But in that case, it should not be forgotten that China’s current front-line H-6 (and newly refurbished models K and N) is derivative of the 1950s-era Tu-16 of the Soviet Air Force.

Lyle J. Goldstein is a research professor in the China Maritime Studies Institute at the United States Naval War College in Newport, RI. In addition to Chinese, he also speaks Russian and he is also an affiliate of the new Russia Maritime Studies Institute at the Naval War College. You can reach him at [email protected]. The opinions in his columns are entirely his own and do not reflect the official assessments of the U.S. Navy or any other agency of the U.S. government.