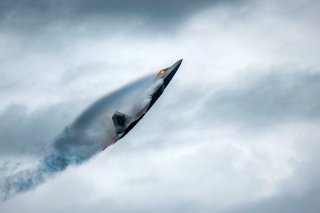 Here's What You Need To Remember: The J-20’s short-range capabilities naturally lead to the question—what exactly happens when two stealth fighters clash? If their stealth qualities are robust, both aircraft may only be able to detect each other within 50 miles or less—at which point air combat maneuvers could prove important. As U.S. stealth aircraft are one of the chief military threats to China, it seems reasonable to assume the J-20 would be designed to have a fighting chance against them.

Sébastien Roblin holds a master’s degree in conflict resolution from Georgetown University and served as a university instructor for the Peace Corps in China. He has also worked in education, editing, and refugee resettlement in France and the United States. He currently writes on security and military history for War Is Boring. This article first appeared several years ago and is being republished due to reader interest.