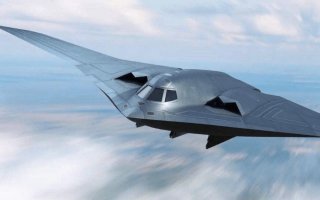 Here's What You Need to Know: Beijing hopes the bomber will serve as a strategic deterrent to foreign adversaries—even before its first flight.

Analysts forecast the H-20’s first flight in the early 2020s, with production possibly beginning around 2025. If the H-20 is judged to be of credible design, the Pentagon in turn will have to factor the strategic implications of China’s stealth capabilities, and will likely seek to field implement counter-stealth technologies which formerly have been mostly vaunted by Russia and China. The publicity which the often-secretive Chinese government is according the H-20 also indicates Beijing’s hope that the bomber will serve as a strategic deterrent to foreign adversaries—even before its first flight.