China's Supersonic Stealth Bomber Is Coming, Like It Or Not 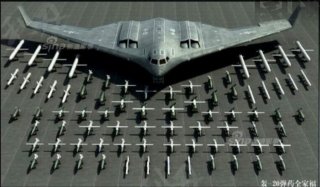 Here's What You Need to Remember: In the last few years, China’s development of what appears to be a subsonic long-range heavy strategic bomber called the H-20 has become increasingly evident—especially in 2018, when the Chinese government began teasing a public unveiling to take place in 2019.