Close Call: Saddam Hussein Could Have Made Short Work of a U.S. Battleship 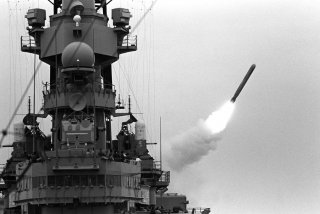 Here's What You Need to Remember: Had Saddam encouraged freethinking among his commanders instead of crushing it mercilessly, it’s possible Iraqis would have fared far better in 1991—and that the defenders of occupied Kuwait may have landed far more telling blows against coalition navies, including battleships, that menaced their maritime flank.