Could America’s Mach 5 SR-72 Spy Plane Fly Without Us Knowing? 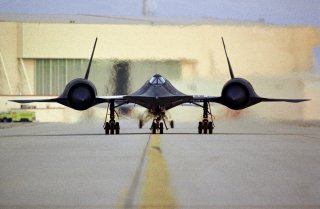 Here's What You Need to Remember: If anything about the SR-71 program can be gleaned, it is that the existence of the SR-72 will likely be unacknowledged for some time after it is operational. For all we know, the SR-72 could already be in the air.