Could This New Fighter Jet Deal Save Taiwan From a Chinese Invasion? 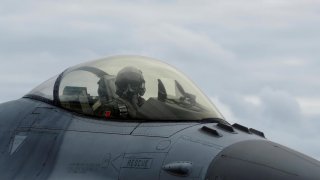 Here's What You Need To Remember: Taiwan has long relied on technological advantages over China's numerical strength, but has quickly been losing ground.

The Taiwan question has long been in a thorn in the Chinese Communist Party’s (CCP) side. In the decades following the Shanghai communiqué, the CCP’s core strategic approach to Taiwan was to bide their time while building up national strength. As Deng Xiaoping famously proclaimed, the People’s Republic of China (PRC) can wait 100 years to reunify with Taiwan (also known as Republic of China, or ROC) if necessary.

Today’s CCP appears to be operating within a much shorter time frame, however. With China’s rise to great power status, Beijing wields unprecedented economic leverage over Taiwan and is increasingly comfortable with flexing its military muscle overseas. XI Jingping is “losing patience” with the defiant island off his southeastern coast, which continues to rebuff Chinese reunification schemes premised on what Xi calls a “one country, two systems” approach.

It is unlikely that the CCP would seek an outright invasion and occupation of Taiwan, given the drastic geopolitical risks that would entail. But as East Asia scholars have frequently cautioned, the China-Taiwan relationship is fraught with potential escalatory spirals that can easily set the two sides on a path to unavoidable military conflict.

What are Taiwan’s military capabilities, and how would it defend itself against a Chinese offensive? Here is what we found.

Taiwan’s capacity to defend its airspace against the might of the Chinese People’s Liberation Army Air Force (PLAAF) is one of the foremost deciding factors in a prospective military conflict. For most of the 20th century, Taiwan’s security establishment was confident that the superior training and equipment of the ROC air force was enough to offset the PLAAF’s vast numerical advantage. In 2019, those calculations no longer apply. The PLAAF has emerged from its 1980’s modernization program with one of the most technically advanced air force rosters in the world, supplementing a growing domestic jet fighter industry with a total sum of just under one hundred modernized Russian Su-30MKK and Su-35 fighters.

Meanwhile, the core of Taiwan’s fleet is still composed of US-made F-16A/B fighters that were procured in the 1990’s. Since then, Taipei attempted several times to purchase upgraded  F-16 C/D Block fighters. The Pentagon demurred until 2011, when it instead offered a minor retrofit package for Taiwan’s fleet of aging F-16A/B jets. Even this watered-down contract sputtered and eventually ground to a halt amid cost concerns. Taipei then briefly turned its sights on procuring the F-35B, before concluding that the US fighter was cost-inefficient and ill-suited for Taiwan’s defense needs.

It is only in the past year that Taipei found a glimmer of hope on their decades-long quest to modernize the Taiwanese air force. As per a 330 million dollar contract signed in late 2018 and reconfirmed last month, the preponderance of Taiwan’s  F-16A/B fleet will be retrofitted to become generation 4.5 F-16 Vipers. As opposed to the ill-fated F-16 C/D deal, the F-16V upgrade promises to be a serious technical leap forward for Taiwan’s air force. The Viper boasts the best avionics package ever seen on an F-16, while incorporating the expanded armament suites of more recent F-16 Block revisions.

For the first time in well over a decade, Taiwan’s air force would be in a military position to at least contest Taiwanese airspace against the PLAAF’s J-10 and Su-30 fighters. There is, however, a large caveat: the F-16V deal is not set in stone. Just as rapidly as Taiwan’s military fortunes are rising on the heels of a deteriorating US-China relationship, so too can they suddenly collapse with a change in Washington’s geopolitical priorities.

This article by Mark Episkopos first appeared in 2019.