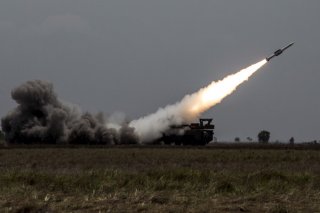 Here's What You Need to Remember: If this sounds familiar, it should. Moscow placed nuclear-armed ballistic missiles in Cuba both to deter the United States from invading the island, and to compensate for the American missiles and bombers that ringed the Soviet Union. Russian commentators seem to be suggesting that Venezuela could also serve the same purpose.

“Russia has legal grounds, in response to the emergence of new weapons from the USA after leaving the INF Treaty, to deploy their submarines and ships with medium and shorter-range missiles in relative proximity to the U.S. borders,” Major General Vladimir Bogatyrev, a reservist and chairman of the National Association of Reserve Officers, told Russian newspaper Nezavisimaya Gazeta back in 2019.

This naturally raises the question of how the United States would respond to nuclear-armed Russian ships operating from Venezuela. Or rather, what U.S. administration could dare refrain from acting forcefully against such a threat.

Michael Peck is a contributing writer for the National Interest. He can be found on Twitter and Facebook. This article was first published in 2019.