The Data Is In: Why Many Millennials Regret Buying a House 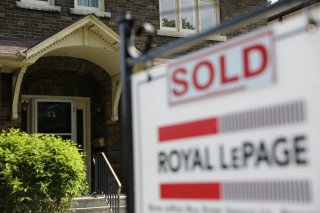 Here's What You Need to Remember: According to the Bankrate survey, the regrets fell into two broad categories – financial regret, the sense that one spent too much on their new home, and physical regret, the dislike of the new home.

The COVID-19 pandemic has come with an economic crisis – but a very unusual one. The disruption caused by the pandemic has hit some sectors particularly hard while leaving others untouched. At the same time that supply chains are suffering, for instance, the real estate market has boomed, barely interrupted by the pandemic.

With the idea of competition and the urge for quick purchases, it’s very common for buyers to quickly purchase a house, without fully considering all of the associated costs or obligations. This has been a uniquely negative experience for millennials, many of whom are beginning to purchase property for the first time. A recent Bankrate survey, which comprehensively covered homeowners’ regret, revealed that fully 64 percent of millennials who purchased a home had later misgivings about doing so.

This problem has been exacerbated by the pandemic. Because of travel restrictions and social-distancing guidelines, it has been difficult to visit houses before they are bought. While this has deterred some potential home purchasers, others have plowed ahead and bought property without personally inspecting it – only to be disappointed when they arrive.

According to the Bankrate survey, the regrets fell into two broad categories – financial regret, the sense that one spent too much on their new home, and physical regret, the dislike of the new home. The survey found that younger buyers were more likely to regret their purchasers; 64 percent of millennial homebuyers, defined as between the ages of 25 and 40, had regret about their purchase, while only 33 percent of baby boomers, between the ages of 57 and 75, did.

A central concern among new buyers was unpreparedness for unexpected costs – home maintenance, property taxes, and other concerns. Bankrate’s senior economic analyst suggested that millennials did not budget adequately for these costs, focusing instead on the headline cost of the house, which did not describe all the associated costs. This was a particular problem for millennials between the ages of 25 and 31, more than a quarter of whom believed the costs were too high. Another major concern was the mortgage rate, although Bankrate has indicated elsewhere that mortgages are presently at historic lows.

Finally, some new homeowners simply expressed buyers’ remorse over the home itself, expressing unhappiness with its physical characteristics. 15 percent of millennials suggested, for instance, that their house’s location was inappropriate, while 30 percent believed it was too big or too small. To avoid such concerns, Bankrate recommended working with experienced agents and taking more time to view the house before making a quick decision to buy.