Did You Know That Tanks Can Be Minesweepers? 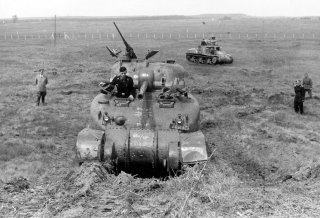