Does America Have a Counter to China’s H-20 Stealth Bomber? 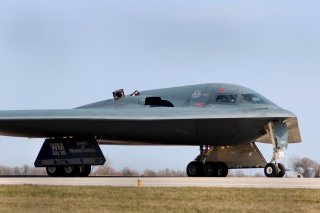 Here's What You Need to Remember: Analysts forecast the H-20’s first flight in the early 2020s, with production possibly beginning around 2025. If the H-20 is judged to be of credible design, the Pentagon in turn will have to factor the strategic implications of China’s stealth capabilities, and will likely seek to field implement counter-stealth technologies which formerly have been mostly vaunted by Russia and China.

Sébastien Roblin holds a master’s degree in Conflict Resolution from Georgetown University and served as a university instructor for the Peace Corps in China. He has also worked in education, editing and refugee resettlement in France and the United States. He currently writes on security and military history for War Is Boring. This article first appeared several years ago.