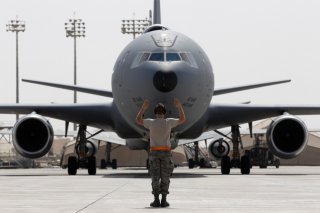 Here's What You Need to Remember: These kinds of lessons could bring indispensable advantages in terms of learning and preparation. While the U.S. coalition enjoyed substantial air superiority in the war against ISIS, such air supremacy is by no means guaranteed in any major power engagement. Therefore, attacking ISIS could likely help the U.S. coalition refine tactics, techniques and procedures as well as technical processes to prepare for major war.