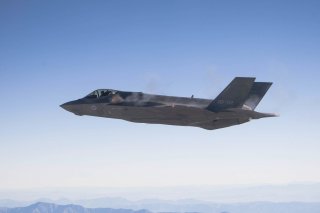 Here's What You Need to Remember: This phenomenon, wherein cybersecurity threats continue to rapidly expand well beyond IT and data systems to reach larger platforms and weapons systems, is often discussed in terms of a two-fold trajectory. While advanced computer processing, sophisticated algorithms and better networked weapons and fire control bring unprecedented combat advantages, increased cyber-reliance can also increase risk in some key respects.

Computer technology increasingly organizes, integrates and presents information for pilots with an improved efficiency and graphical user interface. Developers often refer to this as “easing” the cognitive burden so that the dynamic human mind can better direct its energy toward tasks it is uniquely able to perform, such as problem-solving.