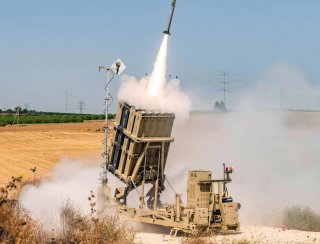 Here's What You Need to Remember: Iron Beam’s highly limited range means that it can never replace Israel’s existing missile defense architecture. It can, however, become a cornerstone of the IDF’s capacity to destroy very short-range missiles in general and counter mitigate saturation strikes in particular-- that is, if Israel gets around to completing it.