Forget Your History Book: World War I Did Not End in 1918 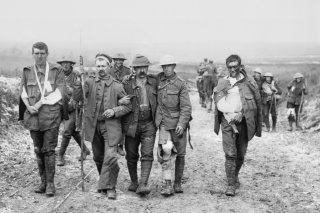