Fourth Stimulus Payment: The Odds Look Pretty Awful (But Other Help Is Coming) 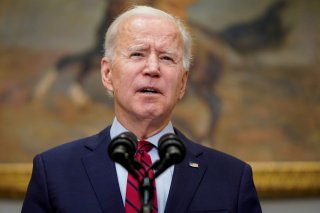 Here's What You Need to Remember: The Biden spending packages are expected to be the subject of much negotiation and tough legislative fights in the coming months. But it is unlikely that they will include a fourth round of full-on stimulus checks for the general population.

The American Rescue Plan, passed by Congress in March, mandated $1,400 stimulus checks for most Americans, has led to strong economic performance, as America begins to emerge from the coronavirus pandemic.

A group of Democratic members of Congress wrote a letter to President Biden in early April, asking for another round of recurring stimulus checks to be included in the president’s forthcoming infrastructure spending plans. Also, a petition from Americans seeking recurring $2,000 stimulus checks, launched in 2020, has reached 2 million signatures.

“A single direct payment will not last long for most families, and we are worried about the cliff facing unemployed workers when the unemployment insurance extensions expire on Sept. 6,” the group of lawmakers, who included Sen. Bernie Sanders and Ed Markey, wrote in their March letter to the president.

“This crisis is far from over, and families deserve certainty that they can put food on the table and keep a roof over their heads. Families should not be at the mercy of constantly-shifting legislative timelines and ad hoc solutions.”

However, it still does not appear that such checks are likely to pass anytime soon. Such a bill would likely not have enough votes in Congress, and the Biden Administration does not seem to be interested in pursuing such a course of action.

Instead, the administration is pursuing a pair of trillion-dollar packages, known as the American Families Plan and American Jobs Plan. Those will deliver numerous new benefits, including an expanded child tax credit that will provide recurring checks, but they will not include checks that are universal or anything close to it.

“We’ll see what members of Congress propose, but those are not free,” White House Press Secretary Jen Psaki said of the checks, in a White House press briefing earlier this week, which represented a rare moment of the White House addressing that question directly. Instead, the press secretary touted the proposed child tax credit expansion.

"If passed, the families of tens of millions of children will continue to get regular payments," Psaki told the press. "Obviously, we are continuing to evaluate what their needs are — to continue to get the pandemic under control, put people back to work, but we think that's a proposal with a long-term benefit.

The Biden spending packages are expected to be the subject of much negotiation and tough legislative fights in the coming months. But it is unlikely that they will include a fourth round of full-on stimulus checks for the general population.