Get Ready: Hypersonic Missiles Are Coming Soon to the U.S. Air Force 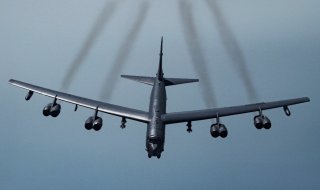 Here's What You Need to Remember: Gliding toward the earth is deceptive description however—rather than drifting to the surface, boost-glide vehicles travel many time the speed of sound.

“The BTF-1 test vehicle is complete and is progressing through ground testing to verify its readiness for flight. The team has successfully dealt with COVID challenges and resolved technical findings not uncommon in a first-of-a-kind weapon system,” the Air Force explained. “We have minimized schedule delays while maintaining a laser focus on engineering rigor. Our first BTF will happen in the next 30 days, followed by several additional booster and all-up-round test flights by the end of the year.”

The Air Force’s ARRW hypersonic missile is a boost-glide-type weapon, dependent on a booster rocket to bring the missile skywards and into low-earth orbit, similar to intercontinental ballistic missiles. Once the sufficient attitude is achieved, these type of weapons separate from their glide vehicle, essentially an unpowered, often triangular-shaped vehicle that glides unpowered to its target.

Gliding toward the earth is deceptive description however—rather than drifting to the surface, boost-glide vehicles travel many time the speed of sound. In the case of the ARRW, speed could be as high as Mach 20, and in its terminal phase is like to be extremely maneuverable. This combination of blisteringly high speed and the ability to execute complex maneuvers makes defending against weapons like the ARRW extremely difficult for conventional air-defense weapons which are optimized for taking down sub-hypersonic speed targets.

The AARW booster vehicle will “will demonstrate the booster’s ability to reach operational speeds and collect other important data,” according to the Air Force’s statement. “In addition to booster performance, the test vehicle will also validate safe separation and controllability of the missile away from the carrier B-52H, through ignition and boost phase, all the way up to separation of a simulated glide vehicle. The simulated glider will not sustain flight, and will safely disintegrate soon after separation.”

The ARRW is intended to arm the B-52 Stratofortress—not only America’s oldest bomber, but the oldest aircraft currently in service—and could allow the old airframe a new lease on life. The ancient Cold War-era bomber has been in operation since the 1950s. Though it would be unlikely to fare well against modern anti-aircraft weaponry or enemy fighters, arming the heavy bomber with long-range, hypersonic missiles could allow the platform to continue to serve as a viable stand-off bomber especially against time sensitive or high value targets. Paradoxically, the Air Force’s oldest airframe will stay relevant in the future, armed by the Air Force’s newest weapon.