The Redundant and Expensive Costs of Procuring Hypersonic Glide Vehicles 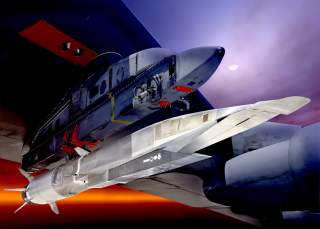 Hypersonic Glide Vehicles (HGVs), also referred to as Boost Glide Vehicles, are a hot topic in arms control circles. Flying at hypersonic speed, these weapon systems are considerably faster than contemporary supersonic and subsonic cruise missiles while possessing similar standoff range and maneuverability to ensure survival. Moreover, HGV delivery platforms could potentially vary from air-launched iterations to glide vehicles attached to ballistic missiles that detach following the missile’s boost phase and serve as maneuverable reentry vehicles. Such impressive capabilities do not come cheap and have already been touted as multi-billion dollar opportunities for aerospace contractors. Indeed, the Pentagon has already awarded a massive $1 billion HGV procurement contract to Lockheed Martin, with more such costs surely to follow if these capabilities are further pursued. The purported hypersonic threat has also prompted the Pentagon to pour more money into one of its favorite costly boondoggles: missile defense.

According to some experts, such as Under Secretary for Defense for Research and Engineering Michael Griffin, these are necessary costs. This argument revolves around recent HGV-related developments in Russia and China. Some fear that these near-peer adversaries may gain a dangerous qualitative edge at best, while perhaps jeopardizing America’s ability to deter a first strike at worst. However, curiously missing from the strategic equation and rationalization for such gaudy HGV investment is an explanation as to why America needs HGVs aside from because China and Russia are developing their own. Ideally, the Pentagon should decide where to spend taxpayer dollars by matching weapons procurement to specific missions and threats. We haven’t seen the tailored rationale for what mission gap HGVs would fill and why they are a necessary expenditure. The only explanation has been situating HGVs broadly within Conventional Prompt Global Strike and the Pentagon’s desire for standoff-range conventional weapons with the ability to strike anywhere in the world in less than an hour.

As such, this piece will address two possible roles for HGVs, one being a nuclear-tipped strategic iteration, and the other being a conventional version. This article will briefly discuss these topics and argues that U.S. HGVs are both redundant deterrents in the strategic realm and pose potentially dangerous drawbacks for strategic stability (ensuring that conflicts don't escalate to the nuclear threshold) in the conventional domain. Americans would be better off leaving the procurement-related money in the pockets of taxpayers instead of voluntarily joining a costly hypersonic arms race.

The first point worth addressing is the strategic rationale behind the Chinese and Russian pursuit of nuclear-capable HGVs. As arms control experts such as the Cato Institute’s Eric Gomez have argued, these weapon systems are rational responses to the United States withdrawal from the Anti-Ballistic Missile Treaty. That treaty was an arms control agreement between America and Soviet Union/Russia that limited the number of deployed ballistic missile interceptors, and subsequent expansion of the means to defend the continental United States from intercontinental ballistic missile (ICBM) attacks. Russia and China have decided to take measures to ensure the viability of their respective deterrents by, among other things, pursuing HGVs as a hedge against future U.S. missile defense capabilities. To the contrary, the United States faces no such threats, real or perceived, to its deterrent from Russia or China, neither of whom has demonstrated the potential ability to intercept a target beyond an intermediate range missile. As such, the perceived pressures that might drive the U.S. to procure strategic HGVs are significantly weaker. Why would the U.S. pursue weapons to match adversaries when the forces driving those same adversaries to seek those weapons don't exist for Washington?

Additional proof that HGVs are a redundant addition to the U.S. nuclear triad, the survivability of the U.S. nuclear arsenal is, and will remain, secure far into the future thanks to the robust sea and air legs of the triad. The sea-based leg of the triad alone is a sufficient deterrent for the foreseeable future, particularly given the extensive modernization plan the American SSBN ballistic missile submarine fleet is currently undergoing. The air-based leg of the triad, provided that sufficient assets are airborne—a likely occurrence in such a contingency—further guarantees survivability. The air-based leg is also undergoing significant modernization, manifesting itself in projects like the B-21 Raider stealth bomber and the Long-Range Standoff nuclear-tipped cruise missile. All things considered, a strategic HGV is a redundant addition to a triad that will continue to deter for the foreseeable future. Given what America is spending on bolstering the viability of its existing nuclear deterrent, there is no need to add to the cost.

As for conventional HGVs situated within the context of Prompt Global Strike, the problem is that these systems may cause unwanted escalation in a conflict. For example, counterforce is an aspect of nuclear strategy involving targeting only military infrastructure. HGVs will serve as menacing counterforce tools given their potential combination of precision, standoff range, survivability, and the ability to strike hardened targets quickly. But this is where HGVs coupled with doctrines of conventional counterforce-targeting have the potential to produce unwanted escalatory dynamics. This is also particularly true with China and its lean nuclear force posture that is considerably smaller in warhead count than Russia’s. Targeting matters a great deal in this regard when coupled with Chinese perceptions of U.S. missile defense capabilities.

If a conflict breaks out in the Pacific prompting U.S. strategists to target infrastructure on the Chinese mainland with platforms that blur nuclear and conventional lines (intentionally or not), things could get dicey in a hurry. For example, if America targeted China’s DF-21 brigades or dual-use command and control systems, PLA strategists could feel "use it or lose it" pressures regarding their nuclear weapons capability, and therefore escalate to their use. As the relative conventional balance of power between the United States and China continues to narrow, the possible first strike deterrent benefits of HGVs in conjunction with doctrines of preemption on the Chinese mainland do not outweigh the potential escalatory drawbacks, particularly given the imbalance of interests that would exist over most plausible American-Chinese conflicts. The United States does not need another counterforce weapon in its toolbox, particularly one that would throw America into a costly arms race and that poses unique escalatory risks given its maneuverability and low-observable nature. A more prudent path forward in this realm to preserve strategic stability would be to adopt a posture of active denial. If strategists decide that America needs weapons for counterforce targeting, they need to explain why existing capabilities, such as stealth aircraft equipped with existing cruise missiles or penetrating gravity bombs are insufficient for the task.

Policymakers and strategists would be wise to explain why the United States needs HGVs and to weigh the costs and benefits of pursuing advanced hypersonic capabilities. Perhaps a more prudent and frugal path forward that would save considerable taxpayer dollars would be to stay out of a costly hypersonic arms race with potentially destabilizing drawbacks.

Alex Moore holds a Masters Degree in International Conflict and Security from the Brussels School of International Studies. Special thanks to Alicia Dressman and Eric Gomez for providing valuable input for this piece.