Going Nuclear? Japan’s New Submarines Could Be a Problem for China 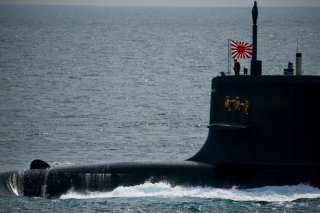 Here's What You Need to Remember: For now, Japan is committed to deploying much less expensive yet still highly capable conventional submarines. The JMSDF’s submariners will need to leverage superior stealth and situational awareness when contending with the increasingly formidable naval forces of potential adversaries in the western Pacific.