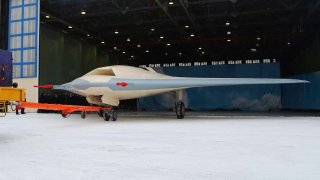 Here's What You Need to Remember: "Molniya drones constantly exchange data among themselves. It is possible to alter an assignment for each member of the swarm,” Kronstadt explained.

Grom’s interoperability with the Su-57 was not explicitly mentioned in Kronstadt’s recent TASS interview—in fact, the manufacturer did not discuss compatibility with any specific aircraft. However, Kronstadt’s Head Designer Nikolai Dozhdkov previously confirmed to Russian media that Grom will be compatible with both the Su-57 and Su-35fighters.