Has China Created a Missile that Can Destroy Aircraft Carriers? 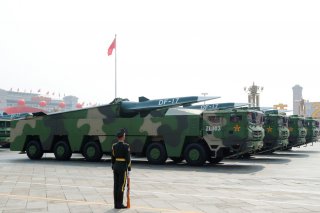 Here's What You Need to Know: What is clear, however, is that the Chinese government is telling the world that the DF-100 is a hypersonic, regional-level anti-ship missile that will impose a new, challenging threat-vector for long-range attacks against large warships over a thousand miles of China’s coastline.