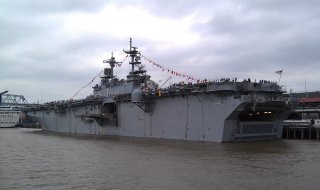 Here’s What You Need to Remember: The idea is worth considering as the Navy and Marine Corps begin reorganizing. No one doubts that, in the coming years, the Navy will need fewer amphibs than it once thought it might require for traditional beach-assault missions.