Here's How Ukraine Kept its Old Planes in the Air 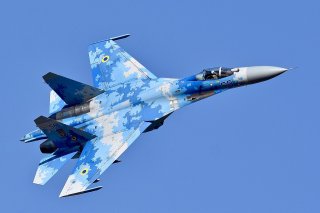 Here's What You Need to Remember: The rebels also took a toll on Ukraine’s air force, army aviation and naval air arm.

David Axe is defense editor at The National Interest. He is the author of the graphic novels War Fix, War Is Boring and Machete Squad. This article is being republished due to reader interest.