Here's What the U.S. Navy Is Adding to its Destroyers 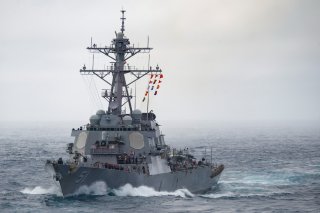