Here's Why Infrared Technology Matters to the U.S. Air Force 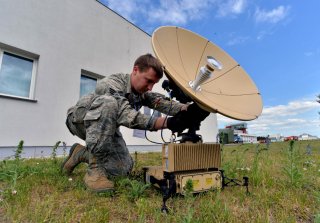 Here's What You Need to Remember: By operating without risky “gaps” in coverage, OPIR can perform the increasingly crucial task of establishing a continuous “track” on a fast-moving threat, such as hypersonics. There is great concern with certain threats which move beyond the earth’s atmosphere into space at unprecedented speeds, transitioning from one radar aperture field of view into another.