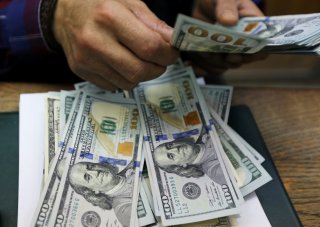 Here's What You Need to Remember: Future rounds of stimulus payments should also keep in mind that Black and Latinx Americans on average hold larger consumer debt burdens. The third-round of stimulus payments were not protected from garnishments, meaning they could be claimed by debt collectors. Additional payments in the future should include language preventing this from happening.

The campaign to distribute the third-round of federal stimulus payments appears to be coming to an end, with the most recent batch of payments distributed by the IRS now meaning that 85 percent of the funds earmarked for use in stimulus payments has been used up. This most recent batch was also the smallest so far, and indicated that the IRS is now focusing on sending payments to those Americans whose stimulus money was dependent on information contained in their 2020 tax returns.

There are currently no definitive plans in place to follow up the third stimulus payments with a further round of payments, even as the current distribution has proven incredibly important for generating an economic revival across the country. The Biden administration is instead focusing its efforts on generating support for its two proposed tax and spending bills which, while not including direct stimulus payments, it argues will support long-term economic revival and growth, and the White House has indicated that any additional payments will be up to Congress. Support for future payments does exist in Congress, with a growing number of Congressional Democrats calling for such a measure, though it would likely not generate sufficient support from Republicans.

If a bill calling for a fourth-round of stimulus payments does come to fruition, either as part of the Biden administration’s current proposals or included in a future piece of legislation, it will come as welcome relief for many Americans. Over two million people have now signed a number of online petitions calling for further rounds of stimulus payments.

Other data has indicated that the number of Black-owned and Latinx businesses fell during the pandemic, with unemployment also particularly high among these communities. They were also not able to benefit fully from COVID-relief measures, with fewer eligible Black and Latinx adults receiving their initial stimulus checks because their income levels did not require them to file tax returns. A recovery rebate credit has allowed those who did not claim earlier stimulus money to do so by filing their 2020 tax returns, but the delay in receiving money would still have been a serious problem for many people.

Future rounds of stimulus payments should also keep in mind that Black and Latinx Americans on average hold larger consumer debt burdens. The third-round of stimulus payments were not protected from garnishments, meaning they could be claimed by debt collectors. Additional payments in the future should include language preventing this from happening.

Eli Fuhrman is a contributing writer for The National Interest. This article is being republished due to reader interest.