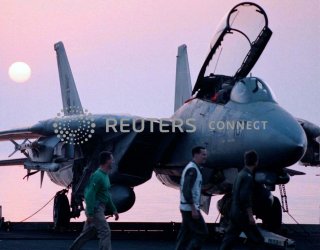 Here’s What You Need to Remember: By the end of the Iran-Iraq War, the plane had made at least two hundred kills, losing only eight to enemy action.

Throughout its history, the Grumman F-14 Tomcat has been operated by exactly two nations: the United States, which retired the aircraft in 2006 in favor of the Boeing F/A-18 Super Hornet; and Iran, which continues to use them.

Throughout the second half of the 1970s and the 1980s, other nations clamored for access to the new jet, but export restrictions prevented Washington from sharing it. Iran ultimately only received the jet in the early 1970s because of concerns that Iraq, which had received cutting-edge fighters from the Soviet Union, could outpace the Shah’s forces in the event of a war between the two. The Shah, who had eagerly aligned himself with the West at every turn, was a reliable enough ally that the U.S. government felt it could trust him with one of the best fighter aircraft in the world—or, to be more precise, eighty of them.

In early 1979, as the Shah’s regime fell and Ayatollah Ruhollah Khomeini installed a revolutionary theocracy in its place, Washington had second thoughts about this decision. But by then it was too late; the newly created Islamic Republic of Iran took control of seventy-nine of the eighty planes and began to operate them in 1980 when—sure enough—Saddam Hussein’s Iraq invaded Iran. The F-14’s superiority quickly became apparent; it reportedly racked up at least fifty air-to-air victories in the first six months of the war, with only one aircraft damaged in return.

Following this astonishing string of successes, Iraqi pilots changed tactics, by and large refusing to engage the F-14s, and Iranian pilots, knowing their value, likewise remained back from actual combat, using the planes’ advanced sensors to coordinate the movements of other, lesser aircraft. In spite of the restrictions placed on them, Iranian engineers also made several improvements to the Tomcat, including the addition of bomb racks to transform them from air superiority fighters to ground-attack ones.

By the end of the war, the plane had made at least two hundred kills, losing only eight to enemy action. The second part was more due to the plane’s lack of availability as to its supposed invincibility; because of U.S. sanctions, spare parts for the aircraft were impossible to import, meaning that they were cannibalized from other aircraft; in 1988, the number of operational aircraft had dwindled to around thirty. Today, that number is estimated to have increased to forty, though even these vary in readiness.