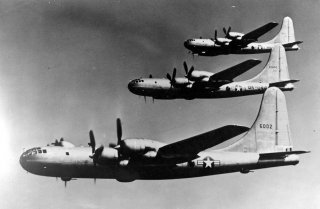 Here's What You Need To Remember: The B-50 fleet suffered its share of teething issues too due to defective pressure regulators, engine problems, and cracking of its aluminum skin which took several years to iron out. Furthermore, as the Pentagon kept on rapidly deploying new types of nuclear bombs, the B-50 bombers had to be repeatedly converted to fit them in their bomb bays.