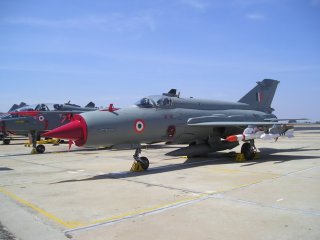 Here's What You Need To Remember: New Delhi wants to spend around $18 billion building 115 new fighters to replace the old MiGs. The new planes would fly alongside European-designed Jaguars, French Mirage 2000s and Rafales, Russian MiG-29s and Su-30s, and India's own indigenous Tejas fighter in what Lockheed described as "the world’s largest fighter aircraft ecosystem."

David Axe serves as Defense Editor of the National Interest. He is the author of the graphic novels  War Fix, War Is Boring and Machete Squad. (This first appeared in March 2019.)