How Saddam Hussein Could Have Killed an American Battleship 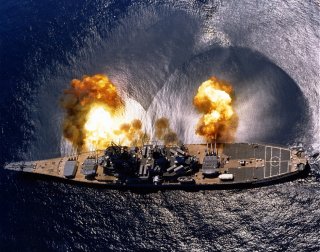 Here's What You Need to Remember: It’s doubtful one or two Iraqi missile hits would have added up to a sinking-level catastrophe—but a ship can suffer a lot of ruin without sinking. The punch from two Silkworms surely would have degraded Missouri’s combat performance until the crew could make repairs.