How To Stop a Soviet Invasion Via the English Channel? Nuke It. 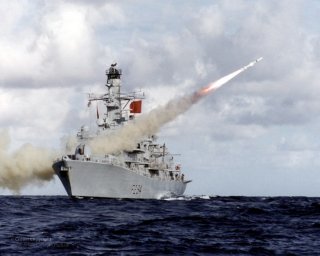 Here's What You Need To Remember: The channel tunnel would have withstood a blast from almost anything else.

This nuclear Brexit would have kept the “barbarians from the gates of Calais,” in the words of one British official during the Cold War, according to the newspaper the Independent, which found the plan buried in a government archive. The bomb would also have devastated the coasts of England and France, making it a “Better Dead than Red” defense.