How Unmanned Systems Could Change the Way the Army Fights 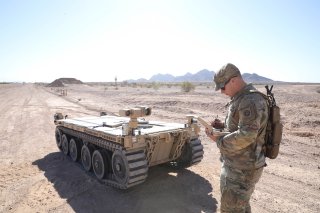 Here's What You Need to Remember: An unmanned force could advance along a separate, higher risk, attack vector than a manned force operating in a command and control capacity.