Iran Has Its Own Reverse-Engineered TOW Missile 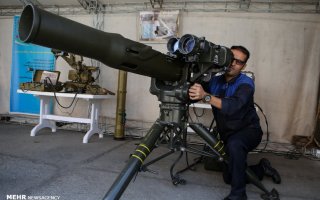 Here's What You Need to Know: Iran has some clever weapons.