An Iran-Israel War Would Be a Disaster 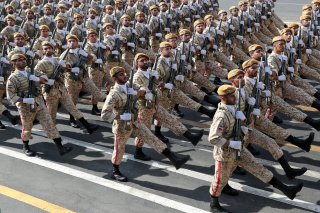 Here's What You Need To Remember: While Iran and Israel have poked each other regularly over the last three years, both countries have determined that open war is not in their interests. That determination would have to change in at least one of the countries.

Robert Farley, a frequent contributor to the National Interest, is author of The Battleship Book. He serves as a Senior Lecturer at the Patterson School of Diplomacy and International Commerce at the University of Kentucky. His work includes military doctrine, national security, and maritime affairs. He blogs at Lawyers, Guns and Money and Information Dissemination and The Diplomat. This first appeared in 2019 and is being reposted due to reader interest.