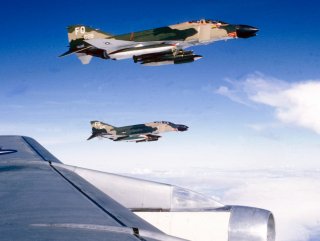 Here's What You Need To Remember: The Defense Intelligence Agency explained how American F-4s — ancient as they are, could still deal a serious blow to adversaries in the region.