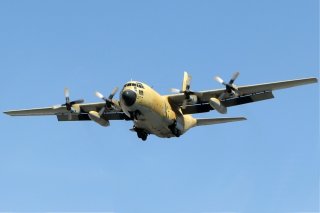 Here's What You Need To Remember: Iran may eventually design an actual flying jet plane resembling the mockups it passed off as the real thing—but even, such a plane would likely merely be a testbed and showpiece. By now, one can consult the experience of the United States, China and Russia to show what a real stealth fighter program would entail.

Sébastien Roblin holds a master’s degree in conflict resolution from Georgetown University and served as a university instructor for the Peace Corps in China. He has also worked in education, editing and refugee resettlement in France and the United States. He currently writes on security and military history for War Is Boring. (This first appeared last year.)