The Iron Dome Is Good, But This Israel Laser May Be Better 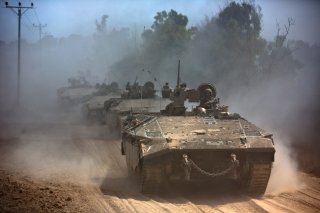 Here's What You Need to Remember: Sources differ on precise details, but Iron Beam is currently thought to have a maximum effective range of up to seven kilometers and is reportedly capable of destroying missiles, unmanned aerial vehicles (UAV’s), or mortar shells around four seconds after the twin high-energy fiber-optic lasers make contact with their target.