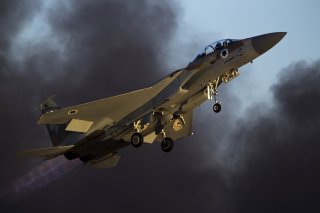 Here's What You Need To Remember: In the mid-2000s, Israel ordered fifty F-16Is from Lockheed Martin, bringing their total F-16 fleet up to more than 300, “including 102 new ones ordered since 1999 and 50 earlier model F-16s that were acquired from the U.S. inventory in the mid-1990s,” according to a Lockheed Martin press release.

Caleb Larson is a defense writer for the National Interest. He holds a Master of Public Policy and covers U.S. and Russian security, European defense issues, and German politics and culture. This article first appeared in July 2020.