It's Not a UFO, Just a Classified Stealth Spy Plane Being Tested at Area 51 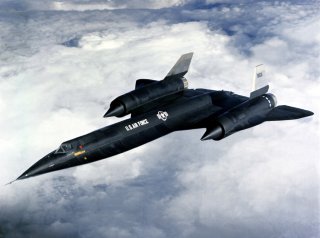 Key Point: Conceived as a stealthy surveillance plane with a discrete Low Probability of Intercept Radar, Tacit Blue instead pioneered the use of computer-engineered curved surfaces in stealth aircraft which heavily informed Northrop’s forthcoming B-2 stealth bomber.

His article first appeared in July 2019. It is being republished due to reader interest.

In November 1954, Eisenhower approved the development of this U-2 spy plane in a program known as “Project Aquatone” to be operated by the CIA. While the plane would be built at Lockheed’s famous Skunkworks facility, an aircraft designed for illegal spy overflights needed to be tested somewhere more discrete.

CIA officers Richard Bissell, LeVier, and Johnson flew down to inspect the strip, which lay next to a dry Nevada salt flat called Groom Lake. Bissell described the site as “…a perfect natural landing field… as smooth as a billiard table without anything being done to it.”

LeVier took the gawky aircraft around on taxi tests, hitting 80 miles per hour on the runway—only for the aircraft’s lengthy wings to lift his plane twenty feet into the air during his second run. The U-2 flew over a quarter-mile before LeVier was able to get the lift-prone aircraft back down on the lakebed on his second attempt—though the hard landing caused one of the jet’s tires to burst and catch fire.

In 1977, the Skunk Works used new computer modeling technology to design and build two pale aircraft with diamond-like faceted surfaces coated with radar-absorbent iron ball paint. These “Have Blue” aircraft was disassembled and flown to Area 51 in a giant C-5 cargo jet on November 16, then rebuilt and test flown.

Conceived as a stealthy surveillance plane with a discrete Low Probability of Intercept Radar, Tacit Blue instead pioneered the use of computer-engineered curved surfaces in stealth aircraft which heavily informed Northrop’s forthcoming B-2 stealth bomber.

His article first appeared in July 2019. It is being republished due to reader interest.