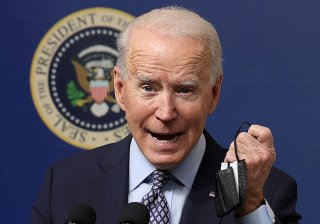 Here's What You Need to Remember: Biden is indispensable because, unusually, he has a foot in both camps. Having begun his tenure in the Senate nearly fifty years ago, he is unquestionably a member of the “establishment,” which tends towards centrism and apprehension about the growing power of the party’s left-wing.

For Democrats, President Joe Biden seems to be indispensable. At the same time, the United States is deeply divided between Democrats and Republicans – who, according to the polls, mostly continue to believe that the 2020 election was stolen – the Democrats have their own divide, between moderate centrists and a new wave of progressives such as Reps. Alexandria Ocasio-Cortez (D-NY) and Ilhan Omar (D-MN).

Biden is indispensable because, unusually, he has a foot in both camps. Having begun his tenure in the Senate nearly fifty years ago, he is unquestionably a member of the “establishment,” which tends towards centrism and apprehension about the growing power of the party’s left-wing. However, since his inauguration, the president has taken the lead in supporting an agenda that has addressed several progressive priorities. Biden’s greatest gift, it seems, is his ability to enact progressive legislation without triggering fears of creeping socialism.

The American Families Plan, which Biden outlined to Congress on Wednesday night, is an excellent example of this. It is well-known that during the pandemic, progressives have pushed for a muscular stimulus response, while centrists and conservatives have expressed concern with the mounting deficit that it would lead to.

On this, it is clear which side Biden is on. The American Families Plan appeals to progressives; it is a $2 trillion across-the-board expansion of America’s social safety net, giving tax credits to working families and providing the nation with a host of public benefits, including free community college and universal pre-K. Although the plan does not call for another round of stimulus checks – another objective of the Democrats’ left wing – the savings to families from increases in tax credits could amount to a check’s worth over the next year.

Such expansions include the increase in the Child Income Tax Credit to $3600 per year for families with children under the age of six. Also included is the Child and Dependent Care Credit, which can be used to claim up to $16,000 for child-related expenses, such as the cost of hiring a babysitter. Surprisingly, this has received scant media attention, despite it potentially being worth ten times more than the most recent stimulus check.

Moreover, evidence suggests that, if approved, these benefits would mostly be paid for by the rich. The Joint Committee on Taxation, a nonpartisan fact-finding entity employed by Congress, has concluded that once the credits from these programs are taken into account, Americans making less than $75,000 per year will, on average, owe nothing in net taxes at the end of the year. This is an indication that the tax burden is shifting increasingly towards the rich – another outcome that progressives have good cause to be happy about.