Learning Curved: Flying the F-35 Is Becoming Easier Than Ever 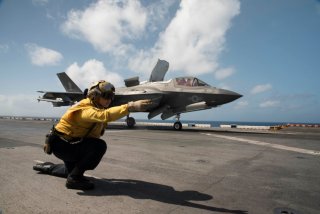 Here's What You Need to Remember: One such example is something called Delta Flight Path, a special software program tailored to help with the take-off and landing process; advanced computer algorithms account for, integrate and balance a host of otherwise separated variables such as wind-speed, trajectory, angle of descent and other atmospheric conditions such as sea state or ship movement for maritime landing, in order to automate procedures for the pilot.