Live in the Golden State? You Can Get a Special Stimulus Check 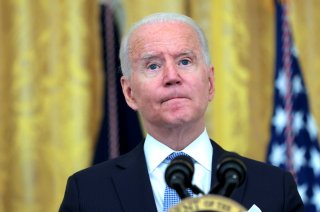 Key Point: Earlier this year, California Gov. Gavin Newsom signed into law something called the Golden State Stimulus. Costing about $12 billion, the stimulus measure was paid for from the state’s budget surplus, as the state has received dramatically more revenue than expected this year.

How can Californians know if they qualified for the stimulus?

“California will send 5.7 million payments total, with two out of every three Californians being eligible. Eligible taxpayers (making between $30,000 and $75,000) in the state will receive one-time payments of $600. Qualifying individuals with ITINs (Individual Taxpayer Identification Numbers)—usually immigrants and undocumented workers—will receive an additional $600, and taxpayers with dependents will receive an additional $500.”

That criteria means that undocumented immigrants who have ITINs will be eligible for the payments, after not being eligible for the federal government’s multiple stimulus packages earlier this year.

According to the report, there are actually two different Golden State Stimulus payments.

“GSS I” goes to Californians who receive the California Earned Income Tax (CalEITC), or who make less than $75,000 and file with an ITIN. “GSS II” is for those who have wages of less than $75,000, and have a California adjusted gross income (CA AGI) of between $1 and $75,000. For either check, qualifying individuals have to have lived in California for at least half of the 2020 tax year, and who “cannot be claimed as a dependent by another taxpayer,” Forbes said.

The payments of the checks will go out in September. Those who want to apply for it don’t need to do anything. But those who didn’t file for the CalEITC but feel they are now eligible due to a loss in income are advised to “download, print and complete the California Earned Income Tax Credit form (FTB 3514) and mail it to the Franchise Tax Board to be eligible for GSS 1.”

The election statistics website FiveThirtyEight reported this week that Newsom has “reason to worry” in the election.

“If California does get a new governor, which Republican is it likely to be? According to both recent polls, conservative talk-radio host Larry Elder has the most support (16 percent per Emerson, 18 percent per Berkeley). Former San Diego Mayor Kevin Faulconer and perennial candidate John Cox make up the second tier, each receiving 6 percent in the Emerson survey and 10 percent in the Berkeley poll. Reality-TV star Caitlyn Jenner, despite getting a lot of media coverage, barely registered in either poll. At this point, though, the race is still very fluid, with the plurality of voters (53 percent per Emerson, 40 percent per Berkeley) still undecided on who should replace Newsom.”