At Long Last, China's J-20 Jet Has a New Engine 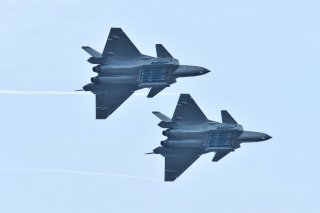 Here's What You Need to Remember: The J-20 itself has been in development since 2017. The development began, ahead of schedule, because “then-President Donald Trump had stoked fears of a sudden conflict with Washington.”